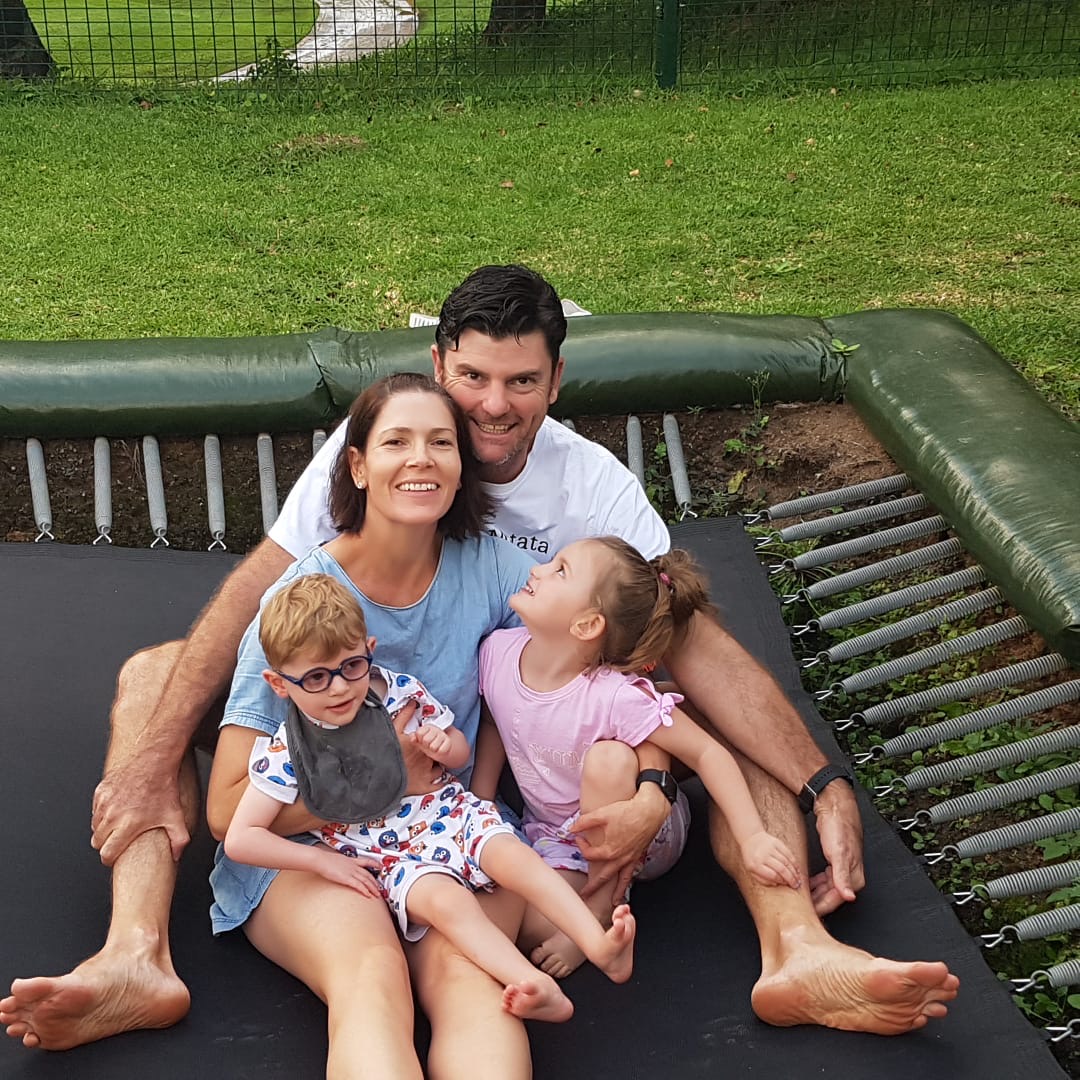 The Journey of an Angel

With us being in the midst of the month of LOVE, I’ve been asked to write about our journey with our son Slade. Where to begin… firstly Slade is the…

With us being in the midst of the month of LOVE, I’ve been asked to write about our journey with our son Slade. Where to begin… firstly Slade is the embodiment of love, he has the purest soul and is the happiest little guy we are privileged to call our own. Slade also has Angelman Syndrome and is mentally and physically disabled.

Our beginning was rather a tough one, and we thought Sladey was suffering from severe colic. He would scream for hours and not sleep a wink and not eat and couldn’t keep anything down. At 2 weeks he lost his ability to suck and we landed up in Neonatal ICU where he was fed through a tube and countless tests and scans were done to our tiny baby. In hospital we met with specialists of every kind, and eventually discharged with no real answers at all. Except there was a very special nursing sister that helped teach me to hold Slade’s chin and cheeks in order to “force” a suck so that he could eventually drink his milk. Slade had very low muscle tone everywhere, even his digestive system was weak and under developed and this caused his severe reflux and inability to keep anything down. The sleepless nights continued and he still was in a lot of pain. Every colic medication known to man was tried and tested but sadly didn’t help, we were just told that it would get better as he grew, very slowly it got a little better for Sladey, and bit by bit he got stronger.

We also noticed that Slade had a bad outwards squint and he would gaze off to the side often, not registering anyone or anything for a few moments. His squint definitely worsened at the times of his blank outs, followed by a rather irritated baby who wouldn’t want to be touched or make eye contact. Or his eyes would roll back or his little body would shake. I remember breaking down to a friend one day, saying there is something wrong with my Sladey. Being a mom to our little girl Quinn, who is now 4 years old, I knew that his behaviour was not that of a typical baby.

At Slade’s 6 months inoculations we realised his fontanelle openings had fused and his head had stopped growing, off to another Paediatric specialist, Slade had an MRI and CT scan done and many, many blood samples taken for numerous tests. Discovering that medically all seemed and looked fine, he referred us to a Paediatric Neurologist, who told us Slade has Microcephaly, which is when your head circumference is smaller than normal, this was caused because Slade’s brain had stopped growing, and in turn so had his head stopped growing. At 8 months we did a 24-hour EEG and this showed us that Slade’s brain worked considerably slower than normal and that he was having epileptic seizures.

She then referred us to a genetic specialist in Pretoria, who did more tests, but she could see just from spending a few hours with Slade that he had Angelman Syndrome, also known as the happy puppet syndrome, and explained what that meant for Slade and our family. Wow… we were in shock and hoped and prayed that she was wrong. When the tests came back positive, we were told that it’s very unlikely that Slade would ever walk or talk and definitely not function as a normal little boy. His eye sight would be affected; his brain and head were not likely to grow any bigger.

It all suddenly made sense to us, what we were experiencing with Slade, his seizures, his inability to eat or reach any of his milestones, the endless nights of very little sleep because his body doesn’t produce Melatonin and doesn’t know how to process all the information he gets throughout the day, so he never switches off.

Luckily with early intervention, and now the knowledge of the direction we needed to go, Slade started wearing glasses at 8 months, which made the world of difference for him and his day to day functioning, we patched his good eye to correct his squint and luckily that all worked and he wears his glasses with no hassle throughout the day.

We started Slade on 2 different epileptic medications and CBD oil to control his seizures. We supplement him with Melatonin to assist with his sleep, as well as magnesium and iron topical creams.

We started physiotherapy, occupational therapy and speech therapy once a week, as well as swimming and body talk. Slade and all his therapists have worked tirelessly every week to get him to function to the best of his abilities.

We take so much for granted, how easily our bodies are able to just do, move and function. When I look at how hard Slade has to work and how we have to literally teach him absolutely every movement and function from scratch, with repetition and perseverance, he eventually gets to function in his own quirky little way. He is such a determined boy, one of the things we admire about him. He has blown us away with how far he has come; he is sitting now and bum shuffling to get around. He is eating like a champ, chewing his food and sometimes even feeds himself finger foods, we couldn’t be prouder!

At speech, we are learning Makaton sign language, facial prompting by using touch cues on his face to support and shape the correct movement of a sound. And his picture pod book, which is a form of communication through picture pointing. Sladey is getting quite good at showing us what pictures he likes most, in his therapy sessions, he often points to the “I’m not liking this” picture or the “I’m tired and had enough” picture.

Slade wears splints and orthotics daily to help the correct muscles to strengthen and to assist him with balance and body awareness, all helping him to walk one day, which we have no doubt he will be able to do!

We have a phenomenal team backing and supporting us, Slade’s therapists are absolutely amazing and we are so grateful to them, their love and dedication towards Slade is humbling and so appreciated.

Throughout all the tests, trips to countless specialists, therapy and hard work to get Slade to function day by day, and the pain his body went through, our little guy continues to smile, giggle and make everyone around him feel like they’re on top of the world! What more could any parent want for their child, but to be happy.

To our very special family, especially my Mom, and our friends, we don’t even know where to begin to thank them for their support, their unconditional love, their time and humbling understanding. We’ve been extremely blessed by this village of incredible people.

Life has taken a very unexpected direction for us, but we can honestly say, for the better. Slade has taught us all what’s import in this life, to appreciate absolutely everything, no matter how small or big, it’s brought us back down to earth and to value every moment we get to spend with each other. He’s made us more aware of the special souls out there that may look and act differently to us, but inside are just the same as us. He is a little miracle!

Our daughter Quinn is the most remarkable gentle soul and it’s so heart-warming to see how beautifully she interacts with her brother, we all could learn a lesson from our kids, of how to treat other humans.

Slade is the epitome of happiness and we thank God every day for giving him to us, we are the blessed ones to walk this journey with him and we are with him every step of the way, no matter how hard some days maybe. By God’s grace, he will continue to soar just like the angel he is. 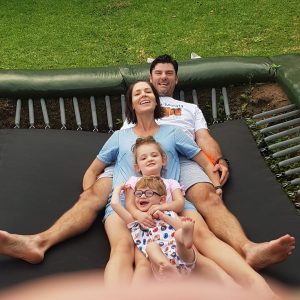 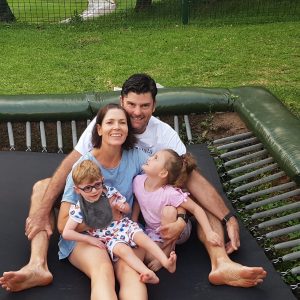 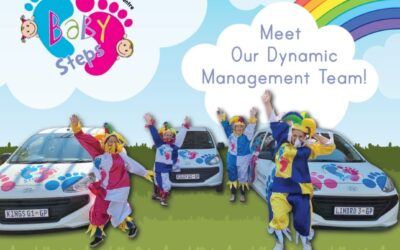 Baby Steps celebrated World Bee Day on the 20th of May. Everyone wore yellow and celebrated these... 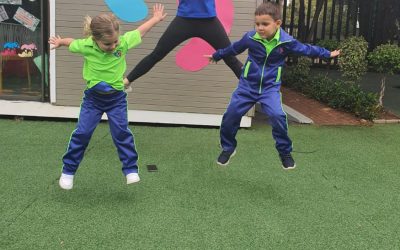 The Importance of Gross Motor Development

Baby Steps to Fitness The Importance of Gross Motor Development Today's child is not as active as...